A memorial tribute to a great art historian who died far too young. 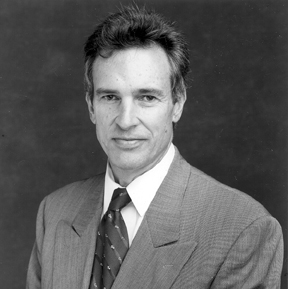 The tragically premature death of Kirk Varnedoe (1946-2003) has robbed American art history of one of its most inspiring personalities. Varnedoe was different than the rest. The archetypal Great American Art Historians were not Americans by birth or by education. They were Jewish immigrants and refugees from Germany. They were men with classical educations, drenched in European culture, who had served long and excessively demanding apprenticeships in German universities. Their arrival in the 1930s raised American art history from provincial to international level.

The sheer intellectual weight of Erwin Panofsky at the Institute for Advanced Studies at Princeton, Walter Friedländer and Richard Krautheimer at the Institute of Fine Arts of New York University and Julius Held at Hunter College made the U.S. east coast a world center for art history of the old school. They and a far larger number of colleagues studied the art and architecture of the European Middle Ages and Italian Renaissance, with excursions into the more serious masters of the 17th and 18th centuries. They were connoisseurs and interpreters of the grand tradition, which they studied in the context of Christian iconography and Renaissance humanism. Their overwhelming presence gave American art history the not undeserved reputation of being a field where Jewish professors taught Catholic art to Protestant students.

American-educated followers of this school like Meyer Schapiro, Leo Steinberg, Robert Rosenblum and Michael Fried enriched the tradition, but gave it another twist. Beside their work on earlier European art, they extended their studies to 19th- and 20th-century French art, and even wrote about contemporary American art. This was an important development for art history in America. To the European founders, art history was strictly a scholarly, historical discipline, refined by the aesthetic distinctions of high taste. When art historians began writing criticism as well as history, their thinking about art in general gained a new, risky dynamic. In their theories of art, they were betting not only against competing historical revisionists but also against tomorrow’s art market.

It was this nervy strain of American art history, straddling 19th-century France and late 20th-century America, to which Kirk Varnedoe belonged, with his dissertation on the drawings of Auguste Rodin, his monograph on Gustave Caillebotte, his exhibitions of classic modern masters like Jasper Johns and Cy Twombly and his work on contemporary artists like Chuck Close and his own wife, Elyn Zimmerman. In two intoxicating thematic exhibitions at the Museum of Modern Art – “Primitivism” and 20th-century art (1984-85) and High and low: modern art and popular culture (1990-91) – he showed that modernism was far from being the closed formal system that some took it for and that art itself was not a textbook progression from one canonical icon to the next. His daring scholarship earned him professorships at the Institute of Fine Arts and the Institute of Advanced Studies.

Varnedoe arrived at these heights via quite a different route than Ellis Island and Jewish New York. He was born into a patrician family in Savannah, Georgia, the grandson of a mayor of the city and the son of a wealthy stockbroker. Varnedoe was a jock, a rugby fanatic in his spare time. In his curriculum vitae, he described his first academic appointment, at Williams College in Massachusetts, as “Assistant Instructor of Art History, Assistant Varsity Football Coach.” Not only did Panofskians not play ballgames – they did not have spare time to do it in.

Varnedoe distinguished himself from the old guard in his public persona as well. In contrast to their heavygoing style, he had a light touch – even something of the popular touch – as a speaker, and he could play on the heartstrings of an audience. Those who were fortunate enough to hear him deliver the Rembrandt Lecture at the Rijksmuseum last November enjoyed the sensation of being in the hands of a master rhetorician.

What most distinguished Varnedoe’s career was his tenure as chief curator of the Department of Painting and Sculpture of the Museum of Modern Art, the alpha slot in the American museum world. (Forming, with the NYU and Princeton professorships, an unprecedented Triple Crown). The MoMA appointment caused considerable commotion among colleagues who were shocked to see the job go A/ to an academic with B/ more of a flair for publicity than they thought good for the reputation of the museum. They needn’t have worried. Varnedoe pupated into the perfect chief curator, using all his talents to bring in new acquisitions and funding at a phenomenal rate. He became a first-rate company man, to the point of putting a spin on practices that as an academic he might have been inclined to question.

Varnedoe’s main intellectual legacy is contained in a book he published in 1990, A fine disregard: what makes modern art modern. Here he brilliantly undermines some of the smartest-sounding received opinions in the history of modern art. Varnedoe had a sharp eye for just-so scholarship, for pat theories that pretend to explain things for which no monocausal explanation should even be sought. He deftly deflates the influential ideas that Impressionism owes its origins to the invention of photography or to the import of Japanese prints or to changes in Paris life after the Franco-Prussian War. He points out sensibly that causes as general and many-sided as these could and did have effects that fan out in all conceivable and several inconceivable directions. The actual paths taken by modern art were more a matter of contingency than determinacy.

Moreover, Varnedoe objected to causal theories because they devalue the role of the artist. “In their attempt to rationalize the process of change and make it understandable, they portray the artist as a responder, and slight the crucial role that individual initiative played in deflecting one tradition and starting another.” In American art scholarship, Kirk Varnedoe played a crucial role of that kind, helping the field to move from its German and Latin roots to a vernacular practice of comparable intellectual distinction.

P.S. I must admit that I had not read A find disregard until now. I am very sorry that I did not read it earlier. The notion expressed in the title of this column – form follows dysfunction – is related to Varnedoe’s earlier challenges to functionalism and formalism. Had I known that book, I would have done more than just shake his hand and exchange pleasantries on the one occasion we met, last November in Amsterdam.

In the course of the past week, subscribers to ffdys received two mails, posted by readers, reporting the death of my older colleague Leonard Slatkes. Slatkes was one of the best specialists in Dutch 17th-century painting, a man with immense knowledge, sharp analytical powers and a rare fearlessness in expressing his sometimes unconventional opinions. He was good company, full of non-hostile sarcasm, and a generous colleague.

When I arrived in Utrecht in 1965, Slatkes was something of a legend there. An American who took his degree in art history at a Dutch university, on a Dutch artist. To the ruling potentate of Utrecht art history, Jan van Gelder, Slatkes – along with Seymour Slive and J. Richard (Jud) Judson – explained me. I was another of those Dutch-loving Americans who were occasionally sent his way by German-American colleagues like Horst Janson and Jakob Rosenberg. I ended up surprising him by doing something the others did not do – I stayed.

Whenever we got together, Slatkes and I would debate a pet theorem of his that I contested. “There’s no point in living in Holland out of dissatisfaction with America. Everything that happens in America happens here 10 or 15 years later anyway.” His examples were taken mainly from academic life – bureaucratization, student rights, political correctness. He had a stake, having returned to the States for a lifelong position in Queens College, in defending this thesis. In my position, having decided to stay in Holland, I preferred to think that the social and political climate here was not moving in the direction of the country I deliberately left. Although this running argument cut closer to the bone than an arbitrary difference of opinion about world affairs, and although we both went at it with typical New York rudeness, we never lost our respect for each other, and we had fun debating it. I’ll miss him all the more now that history is proving that I was right – a point I’m sure he would not have conceded.

Always double-check the To: window in your mail browser before hitting Send.