The Nationalmuseum in Stockholm is showing an overview of Dutch painting of the 17th century based mainly on its own large and excellent collection. The most interesting art-historical novelty in the exhibition is the section on Dutch painters who worked in Sweden. The most influential of them was Allaert van Everdingen, who as a young man from Alkmaar introduced the wild Scandinavian look into landscape painting. 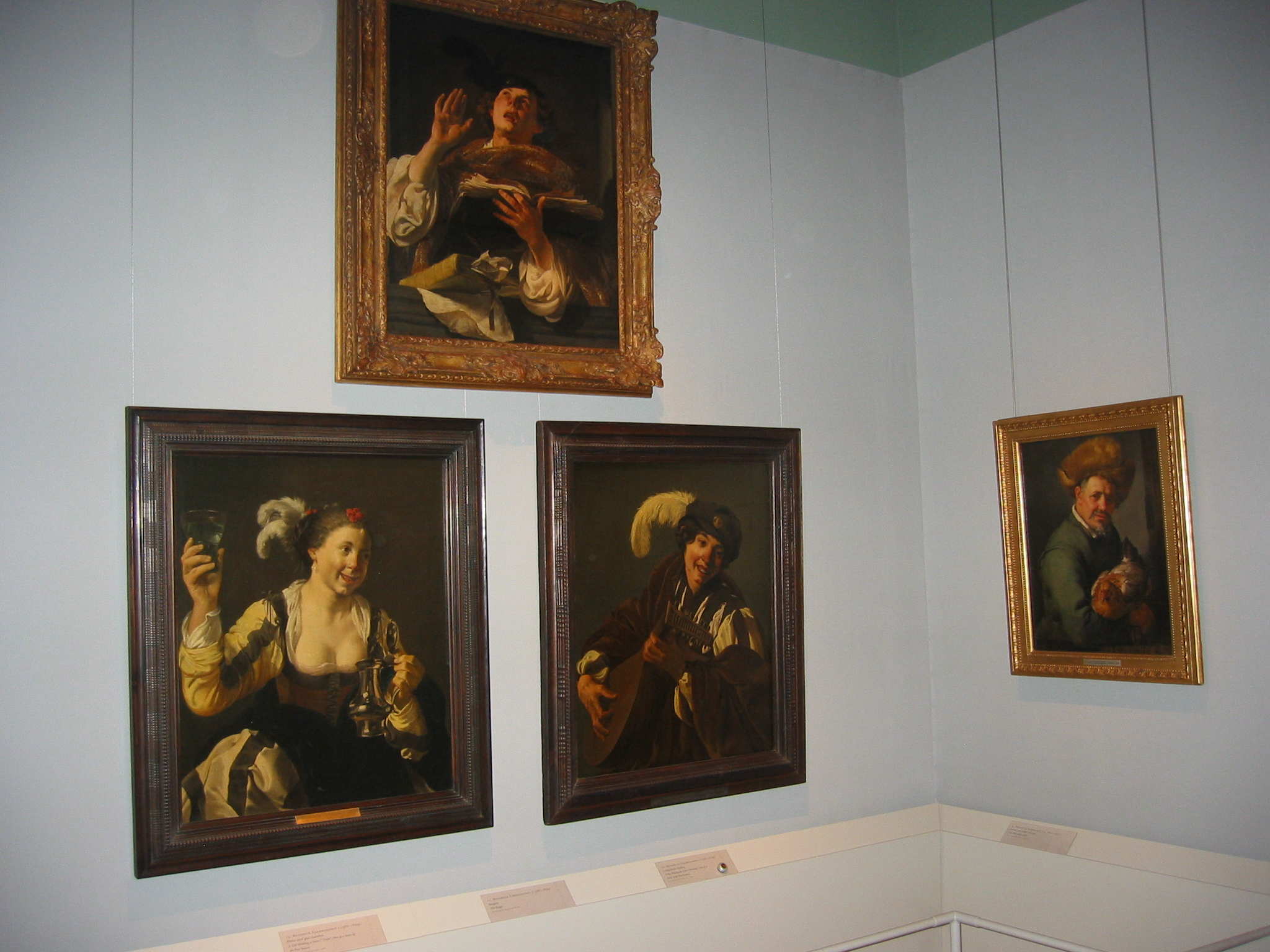 The main halls of the splendid new exhibition of Dutch painting and drawing of the Golden Age in the Nationalmuseum in Stockholm are filled with work by textbook masters, in large part from the rich holdings of the museum itself. These start off with two of the most famous paintings by Rembrandt. One is a small and touchingly tentative self-portrait on copper that owes its fame mainly to the fact that it was stolen in an armed raid on the museum in December 2000 and happily returned during the opening celebration of the exhibition on 21 September 2005. The other is the vast and majestic Oath of Claudius Civilis and the Batavians in the sacred grove, painted for the Amsterdam town hall and present in Stockholm on account of another art crime – the removal of the masterpiece from the south gallery of the town hall within a year after it was hung there, about 1662.

The exhibition, organized by themes such as the church interior, the household, seascape, and so forth, provides a good survey of the various genres of Dutch art using lesser-known examples. The final section, however, shows something completely absent from the textbooks, by artists whose names are unknown even to specialists. Toussaint Gelton of The Hague (ca. 1630-1680) and Cornelis van der Meulen of Dordrecht (1642-1691/92) are among the Dutch artists who left their fatherland to form what was virtually a northern outpost of the Dutch and Flemish art world. Some of the main churches and palaces in Sweden were built by architects from the Netherlands; the canonical images of Swedish royalty and aristocracy from the Golden Age were painted by Dutch and Flemish portraitists; and the print series of the late 17th century that defined the cultural heritage of the country, Suecia antiqua et hodierna, was engraved largely by Netherlanders.

Part of this effect is due to the general swarming out of artists from the Netherlands throughout early modern Europe. Part, though, is highly specific: some of these artists were brought to Sweden by the Dutch and Flemish industrialists of the Trip, de Geer and de Besche families who dominated Swedish mining and arms manufacture. Some of the paintings in the show, such as Samuel van Hoogstraten’s enchanting Allegory of Truth and Justice, are still owned by the families who commissioned them.

The chief artist of the Trips was the Dutch painter and etcher Allaert van Everdingen (1621-75), whose story gives a delicious twist to Dutch-Swedish artistic relations. As a young man, van Everdingen visited the coasts of Norway and Sweden, bringing back drawings of their dramatic cliffs and waterfalls. The wild look was so appealing that artists like Jacob van Ruisdael (1628/29-1682) applied it to scenes of flat Dutch and German areas. A new acquisition of the Mauritshuis, Ruisdael’s view of Bentheim, shows the castle of that place on a high rise that never existed. 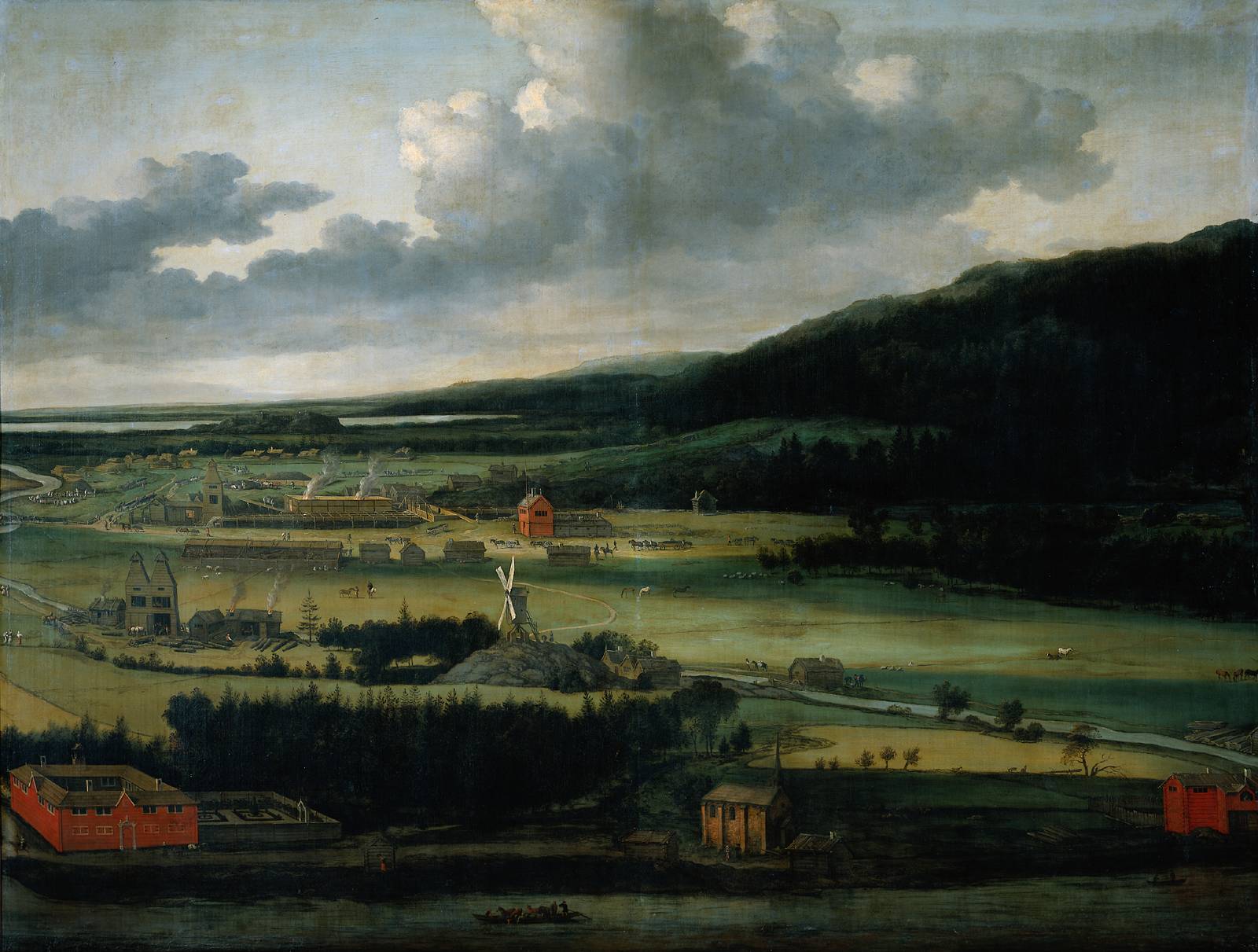 The deception went further. When Gijs van der Ham, a curator of the Rijksmuseum, visited the site of one of the Swedish foundries painted by van Everdingen for the Trips, Julitabruk, he found a completely flat landscape where the artist put a steep bluff. It took an artist from Alkmaar, which looked a lot like Julitabruk at the time, to endow Sweden with the Nordic look we know and love.

The highly recommended exhibition in the Nationalmuseum, curated by Görel Cavalli-Björkman, Karin Sidén and Mårten Snickare, runs until 8 January 2006.

Two weeks ago, in the Rembrandthuis, Ernst van de Wetering announced that four paintings that have been omitted from recent catalogues of the paintings of Rembrandt are in fact by the master. Some of the new attributions are of a particular kind – the painted preparatory sketch – that van de Wetering wishes to restore to grace in the Rembrandt corpus, after it had been removed by the previous generation, including the first generation of the Rembrandt Research Project. He let it be known that there might be more revelations of this kind to come. I have been asked from various sides about my opinion on these re-attributions. By way of response, I can do no better for the moment than to put up on Internet articles I wrote in 1997 and 2003, on the occasion of previous expansions by van de Wetering of the Rembrandt corpus, with attendant enlargements, in other directions, of the criteria for Rembrandtness. It seems that van de Wetering cannot simply change his mind about an attribution. When his mind changes, part of the universe has to move with it.

"After I win the game I’ll tell you what the rules were, or A new Rembrandt from 1632"