The museums of Germany (and not only Germany) are experiencing a drastic decline in visits to the permanent collections of Old Masters. Only temporary exhibitions bring in visitors. Schwartz is afraid that museums may some day disband their galleries for old art. The 400th Rembrandt birthday installment of the Schwartzlist, with a link to a page on the presentation in the Rijksmuseum of Schwartz’s new book on Rembrandt.

“When were you in the museum for the last time?” The question was asked by my gentlemanly colleague Meinolf Trudzinski, curator of Old Master paintings at the Niedersächsisches Landesmuseum Hannover. He did not bat an eyelash when I answered, “1966.”

“Well, then,” he said, and took my wife and me off on a tour of the collection featuring acquisitions made since 1966. His assumption that I remembered perfectly well all the paintings I had seen on my visit of 40 years ago was totally unjustified, but I accepted the implicit compliment and played along. 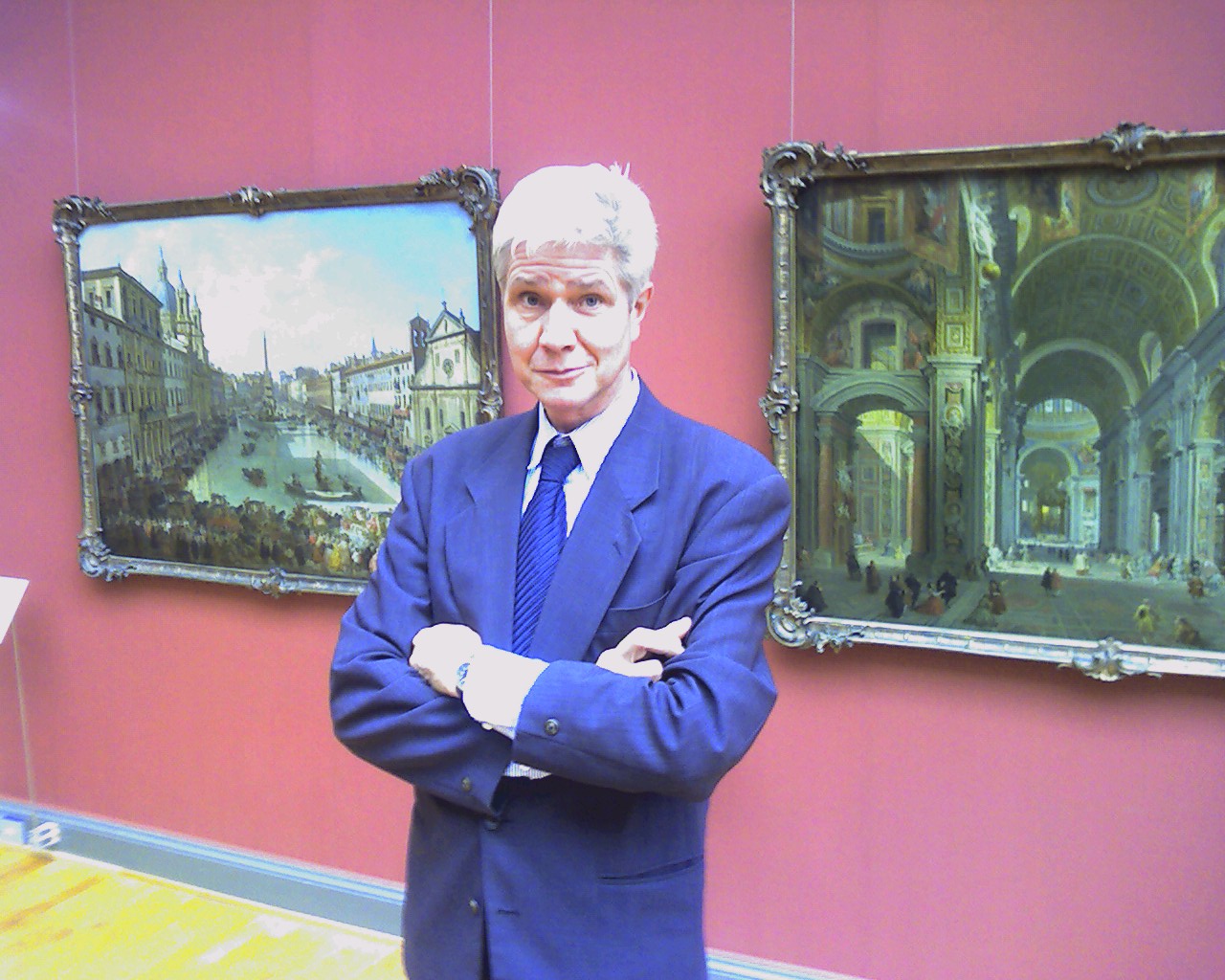 Trudzinski has been curator of the collection for 27 of the intervening years and the person responsible for choosing most of the new acquisitions. He displayed the usual proprietary pride of the museum curator showing off his treasures, especially a wonderful Woman with a pearl earring by Carel Fabritius. It annoys some politicians when curators behave as if the art in public museums belongs to them, but you need commitment of that kind to keep a collection vivid and personal.

The people to whom the paintings do belong, the good burghers of Hannover, were nowhere to be seen. On the day of our visit the painting galleries, housing an outstanding collection from the 14th to the 20th century, answered to the depressing quote from a book on the history of the Niedersächsisches Landesmuseum Hannover about the chronic shortage of visitors after the First World War. “Es waren meist mehr Aufseher als Besucher im Hause.” (There were usually more guards in the museum than visitors; the book was one of a large selection of excellent museum publications that were on sale for give-away prices. We bought a dozen of them.)

After the Second World War, the director had cause to remark about the “mangelndes Erzogensein des Publikums, namentlich der jüngeren Generation” (defective upbringing of the public, especially of the younger generation). Today the Niedersächsisches Landesmuseum Hannover draws more than 150,000 visitors a year, but I suspect that most of them go to the department of natural history with which the art gallery shares a bright and splendid building, and perhaps to departments of modern art we did not see. It must be said that the day of our visit was warm and sunny – not museum weather – and that Germany was playing Argentina that afternoon in the quarter finals of the Weltmeisterschaft. However, from other German museums as well I have heard about dramatically low interest in older art.

If there are irreversible trends at work, it isn’t impossible that in 50 years from now the luxury of having to yourself a splendid collection of Old Masters will be a thing of the past. People really do not always know what’s good for them. I have never gotten over the shock of the complete disappearance of ocean liners on the North Atlantic route, which for the price of a few nights in a hotel offered a quality of experience that can never be matched by the airplanes that replaced them.

In the meanwhile, readers, take advantage of the good side of chronic visitor shortage where you find it. It’s a buyer’s market in culture these days. Make the most of it while it lasts.

Sorry to post such a downbeat column on Rembrandt’s 400th birthday, but that’s the way it is. At CODART meetings for the past few years, there have been repeated workshops on how to attract more attention to permanent collections. In a situation where the public only comes to a museum for special exhibitions, curators are increasingly pressured to work on them, to the detriment of their study of and publications on the museum’s own holdings.

In the column, I make my dire prediction for a year when I will no longer be around to grumble. However, I am afraid that I may not be spared after all. A curator in an Amsterdam museum told me recently that the manager had actually forbidden his curators to work on what he called “collection-related” projects. The writing is on the wall.

Happy birthday, dear Rembrandt. The master, I mean The Master, has been keeping me very busy this week.

Tuesday afternoon I gave a Rembrandt seminar to the Duke University summer course in the Netherlands, for the inimitable Hans Van Miegroet;
Wednesday a lecture on him for the Dutch section of the Sociéte Européenne de Culture, at the invitation of the indomitable Lili Jampoller;
Thursday a visit to the Rembrandts in the Rijksmuseum with a class of graduate students in history from Heidelberg, under the imposing Thomas Maissen, followed by the presentation of the incomparable Rudi Fuchs’s new book on Rembrandt at De Bezige Bij and a joint appearance with Rudi on a live television program on Rembrandt;
and yesterday the presentation of the Dutch edition of my book to the mayor of Amsterdam, the unflappable Job Cohen, followed by a dinner with the people from Mercatorfonds and the Italian printer.
My old team at CODART surprised me with a page on the presentation.
Off now to the première of Rembrandt, de musical and an appearance on a live radio show, Met het oog op morgen.

Have a good quinze juillet. I am mightily enjoying the Rembrandt hype for as long as it lasts. For me it’s like riding the big wave. We’ll reach shore soon enough, and the next round-number Rembrandt anniversary doesn’t come around until 8 October 2019.