When in the 1970s the Yale economist John Michael Montias (1928-2005) stopped studying the command economies of eastern Europe and turned to the history of art instead, the world should have taken notice. In hindsight, his abandonment of his former specialty – “Nothing was changing, it was a big bore,” he told me in the 1980s – can be seen as an early sign of the collapse of Communism. At the time, though, not even Montias saw it that way. He just found Dutch art more interesting than, say, the “Background and origins of the Rumanian dispute with Comecon,” the subject of an article he wrote in 1964.

Economically speaking, Montias’s switch was immensely profitable. No one with his knowledge of economics had ever looked at the financial and social aspects of the vast Dutch art market of the 17th century. What’s more, he wrote about his findings in language and with figures that were understandable to art historians. A field that resisted encroachment from anthropologists and sociologists and insisted on dictating terms to the chemists who study art, surrendered willingly to this economist, even at his most reductive. Thanks to Montias the Netherlands has since led the way in the economic study of old art. A less obvious part of his move was his acquired love for archive research and for the kind of unexpected information it turned up. I don’t think that Scarlett Johansson knows it, but many of the details underlying her Girl with the pearl earring derive from Montias’s monumental study of Vermeer and his environment. I once wrote that Michael Montias deserved a Nobel Prize. Well, he deserved an Oscar as well.

Thirty years into his second career, three American art historians were putting together a Festschrift for Montias when he succumbed to the cancer he had been fighting for several years. The presentation of the finished volume to his family took place in New York on February 15th at the Otto Naumann gallery. It is a tasty book that anyone with a serious interest in Dutch art will devour. The contributions are full of the warmth that Michael Montias evoked in his colleagues. They cover the whole field of Dutch art, not just the market for it. 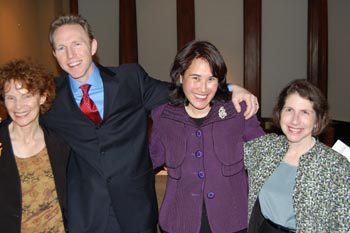 Lisa Vergara, John-Luke Montias, Mia Mochizuki and Amy Golahny at the presentation of In his milieu at Otto Naumann’s gallery on East 80th Street, 15 February 2007.

To pick one example of the 35 articles in the volume: my own weaknesses for weird surprises, facts that subvert accepted knowledge, exacting research into minute circumstances, and complete bodies of material as opposed to choices, were all satisfied simultaneously by Nadine Orenstein in her article “Sleeping caps, city views and state funerals: privileges for prints in the Dutch Republic, 1593-1650.” Reviewing the applications for copyright protection submitted to the States General in that period, Orenstein came across several requests from the Utrecht artist Magdalena de Passe for the exclusive privilege to print certain images on men’s sleeping caps. The capture of Leipzig was one of the motifs, but so were four shepherdesses. No such object (Orenstein compares them to printed t-shirts) seems to have survived. That was the weird surprise. The subversive fact in the article concerns the art patronage of the princes of Orange. The stadholder who took the most active interest in printed images was not Frederik Hendrik, with his reputation as a mecenas, but Maurits, who is often thought of as a philistine.

Anyone who ever enjoyed a course in Dutch art history and misses the satisfaction of a good read in the subject now can repair the damage.

12 August 2017: Having been reminded of this column by Albert Elen, for its P.S. on Egbert Haverkamp Begemann after his demise on 5 August 2017, I remembered something about Michael Montias and Scarlett Johansson. When the film came out and I made a sour remark on it to Michael, he replied with upright enthusiasm and more forgivingness than I could muster that he thought it was splendid.

One of the speakers that evening was Egbert Haverkamp-Begemann, who at the age of 84 still attends all the important events in our field and takes an active part in many. He was Montias’s mentor, first in art collecting, then in art history, when the economist began to develop an interest in Dutch art. They were colleagues at Yale in the 1960s. Haverkamp Begemann revealed to us that Montias’s passion for collecting went much further than we knew. He collected not only minor Dutch masters but also garbage-belt trophies. John-Luke had to admit it was true. His parents liked to excavate dumps, from which they brought back the kind of treasures that only the discoverer could love. But love them they did. 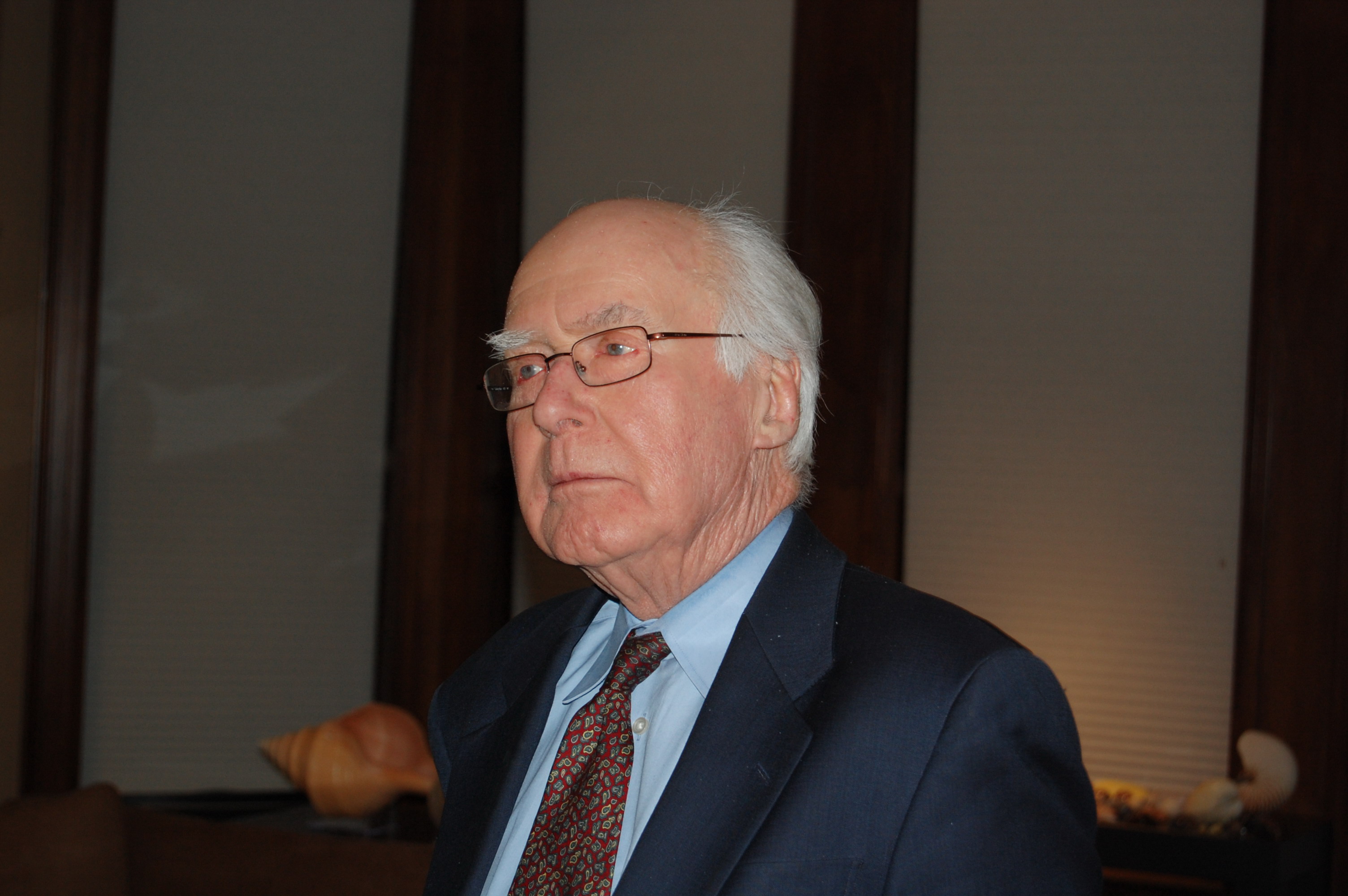 Egbert Haverkamp Begemann during his talk at the presentation of In his milieu.

All of us who have worked with him have benefitted immensely from Haverkamp Begemann’s readiness to cooperate on worthwhile projects and to endow them with the extra historical and personal dimensions that only he can provide. He is the only member of the older generation who continues to fill this essential role so consistently. It is a blessing for all of us that he does so, and that he does it so graciously and so well.

This column has been appearing in Loekie’s Dutch translation, every other week, in Het Financieele Dagblad since 6 September 1998, and before that in NRC Handelsblad from 5 July 1996 to 22 August 1997. The internet edition has been appearing all that time in English, first under the title Form follows dysfunction (to be more specific and honest – first as Form follows disfunction, until John Walsh pointed out that disfunction was a dysfunctional misspelling), then the Schwartzlist. Originally it took the form of an e-mail message, then became a listserv, and for the past three years it has been a website, with a notification service for subscribers.

Why this history? Well, Het Financieele Dagblad has let me know that they are discontinuing the printed column after the issue of 21 April. The editor of the supplement in which it appears, Persoonlijk, explained to me sweetly that they need more space for autos and life style and that the paper was not giving them more pages. Something had to go, and one of the things to go was my column. It is not impossible that another Dutch newspaper or magazine will pick up the column, but I am not counting on it. I don’t feel like stopping, though. The rising pace of new subscriptions to the Schwartzlist is too much of an encouragement. I started in 1996 with 50 subscribers and now have 1019. Over the whole period this is an increase of about two readers a week, but in 2007 five new readers have signed up every week. This is very stimulating.

The column and its translation have always been paid for by the newspapers. This made it possible to make the internet edition available for nothing. To continue the column without deriving any income from it would not be feasible, in my financial situation. Among the possibilities I am considering is a pay-for-view feature for columns after they are first distributed for free, the way newspapers and some journals operate on internet. Another would be to let Google put up ads on the site. Not very appealing and probably not very lucrative. Other suggestions are welcome.