The Palace of the Academy in Brussels has a secret that was revealed in a magical moment to Schwartz in June 2006. It concerns the greatest princely collection of paintings ever assembled in the Netherlands. In anticipation of an exhibition devoted to that collection, Schwartz now discloses all. Below the line he appeals for a celebration of the centenary of Kazimir Malevich’s abolition of reason. 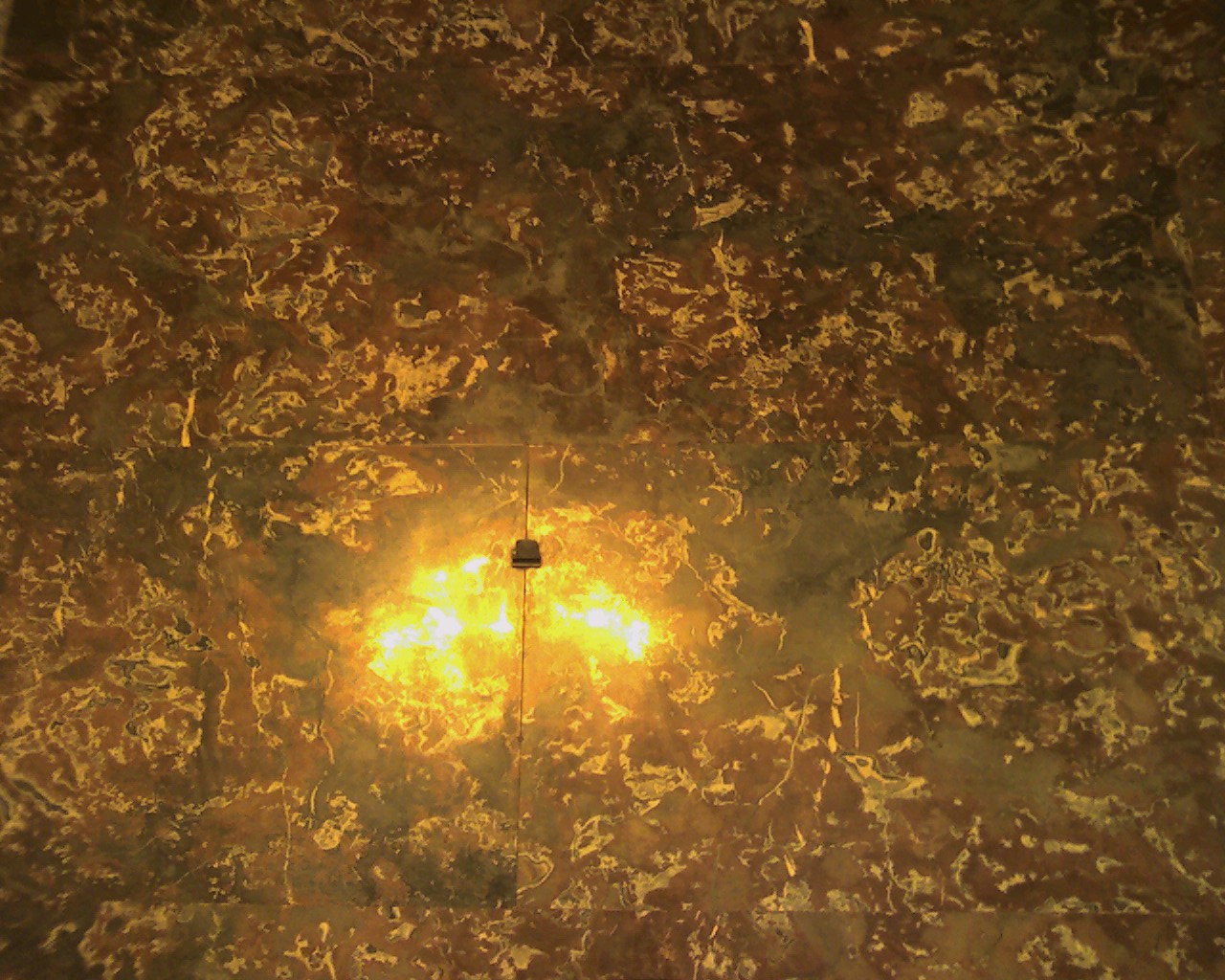 This wonderful glowing wall and its astonishing secret were revealed to me on June 16th, 2006. I had just finished giving a lecture at the Royal Netherlands Academy of Science and Scholarship in Brussels. The invitation to speak there, on the recommendation of Frans Boenders, was motivated by the worldwide celebration of the 400th birthday of Rembrandt. Looking for a way of honoring the occasion and location properly, I recalled the classical essay by Jan van Gelder of 1953, “Rubens in Holland,” and I spoke on “Rubens in Holland and Rembrandt in Flanders.”

The juxtaposition had a certain symmetry within its asymmetry. Although Rubens was well known and highly respected in Holland from his first visit here in 1612 to the present day, no collection of his paintings became a lasting part of Dutch cultural heritage until the mid-twentieth century. The latter is true of Rembrandt in Flanders as well; the asymmetrical aspect is that Rembrandt never attained the status of a Great Netherlander in the southern provinces. At the beginning of the twentieth century, in the standard volumes of the Klassiker der Kunst series, only two paintings by Rembrandt are listed in public collections in Belgium (this has not changed), and six by Rubens in Holland (dramatically augmented around World War Two by twenty oil sketches acquired or on loan to the Boijmans Van Beuningen Museum). These are pitiful figures for major collecting nations. It took positive distaste to attain a record like this. The Kassel museum alone, not to speak of Berlin or Dresden, had 8 Rubenses and 21 Rembrandts.

In the course of the centuries, I was able to tell the audience, only one exception to this sad mutual neglect ever broke the rule. That was the painting collection built by King Willem II of the Netherlands (1792-1849; r. 1840-49). The catalogue of the auction sale held of his collection in 1850 lists eight paintings by Rembrandt and eight by Rubens; the rest of the collection attests to a deliberate attempt to balance the art of the northern and southern Netherlands, with 27 seventeenth-century paintings from Flanders and 26 from Holland. I did not think it was cynical to add that Willem had a personal interest in this approach to the art of his fatherland. Fatherland is indeed the word; when Willem began to collect, his father was king of a shortlived country joining the southern provinces of the Netherlands to the northern ones. That arrangement, so attractive to the House of Orange, did not last long, but son Willem never gave up the unrealistic hope that he would some day rule over all of the Seventeen Provinces. His art collection, I told my audience, reflected this ambition.

The event of that spring day eight years ago had more resonance than the lecture itself. The room in which I was speaking, the great hall of the Academy, was housed in the very building, erected by Willem I as a Brussels palace, where Willem II and his wife Anna Pavlovna lived before the Belgian breakaway drove them to The Hague. I don’t know about the audience, but I found this thrilling. After the lecture I was approached by a friendly man who had not participated in the question period. “Mr. Schwartz,” he said, “I have something to show you that is not known to many people. The room next door where the Academy is now serving drinks was the gallery where those paintings you were talking about once hung. There are still traces of that function on the walls. The hooks from which the paintings were hung are still in place. Because the Palace of the Academy is on the list of protected monuments, fixtures like those cannot be removed.” (Actually, I recall him saying that the hooks themselves were on the monuments list, but I cannot swear to that or find them on the published list.) We moved next door, and indeed there they were.

I display the photo above, taken with my telephone camera, in memory of that revelation and in anticipation of the exhibition on Willem II’s art collection coming to the Dordecht Museum from the Hermitage on March 5th. 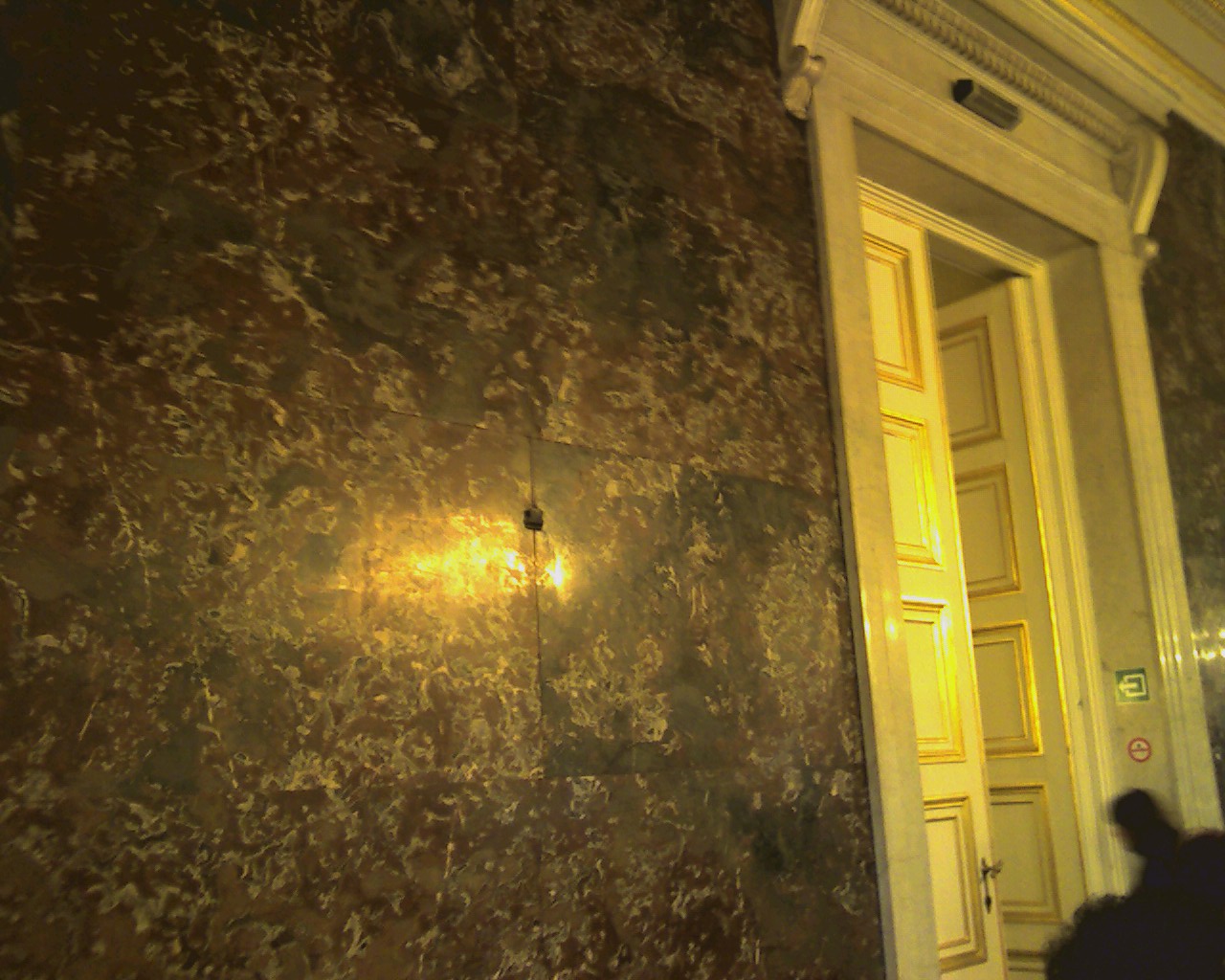 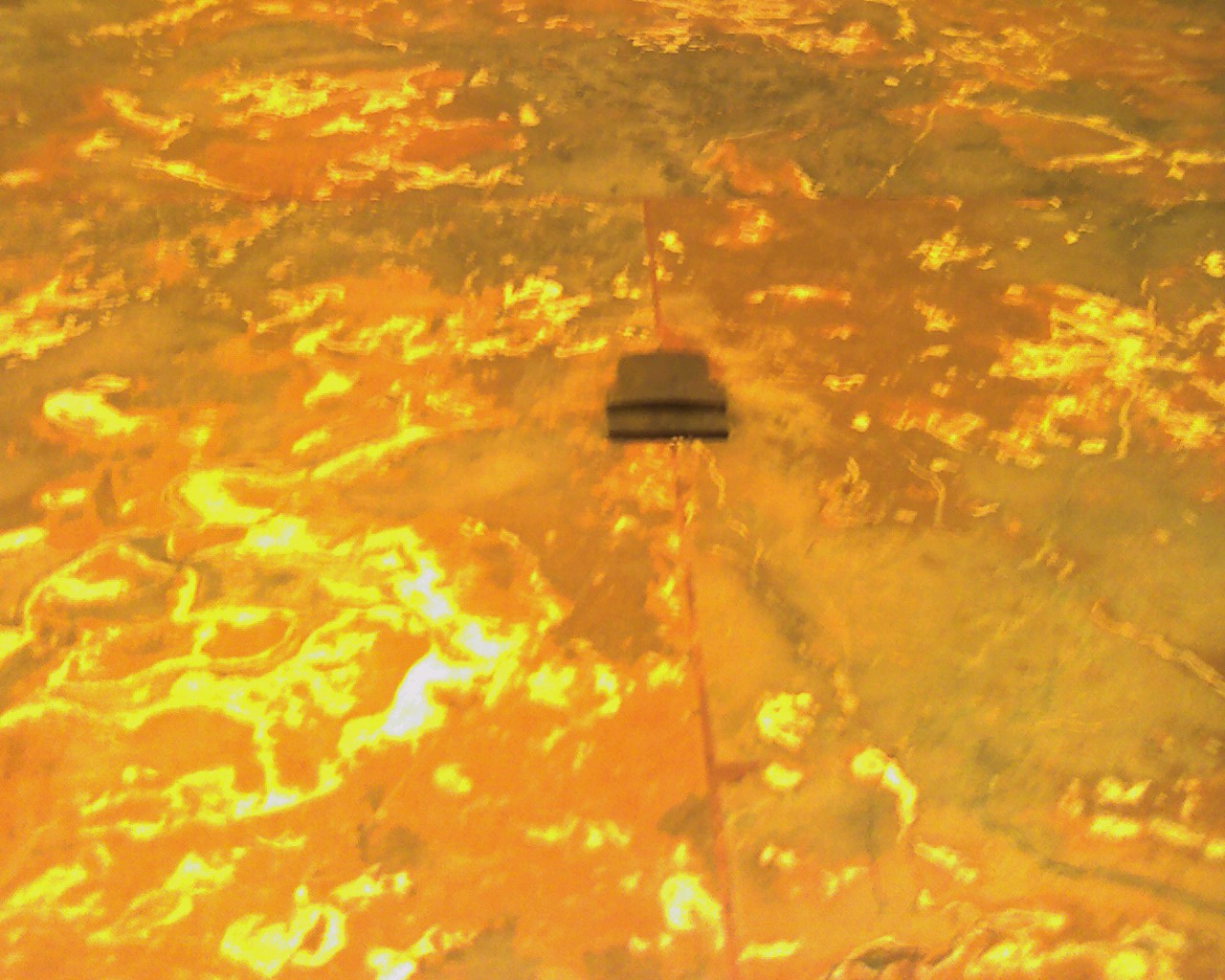 Here are my other two pictures of the hooks. Even if they, like Willem II, are silently awaiting the reunification of the Netherlands, the paintings will still not be returned. Quite unnecessarily, they were auctioned off in 1850 and are now spread all over the world.

For two other columns referring to Willem II’s art collection see Schwartzlist 111, An inglorious anniversary, and 123: The love of three Oranges.

Yesterday evening Loekie and I finally found time to visit the Malevich exhibition in the Stedelijk Museum on Kazimir Malevich. One of the many surprises we underwent is that a major anniversary is coming up a month from now. On 19 February 1914, at what is always called a “tumultuous meeting” of the Jack of Diamonds artists’ association in Moscow, the Ukrainian-Russian artist Kazimir Malevich declared reason to be abolished. The Stedelijk puts it thus in a wall tekst: “During his proclamation, Malevich wore a large wooden spoon on the lapel of his jacket, which, together with the motif of a saw, became the emblem of his new movement. It is no coincidence that both the spoon and the saw occupy a prominent place in the painting An Englishman in Moscow of that same year.” 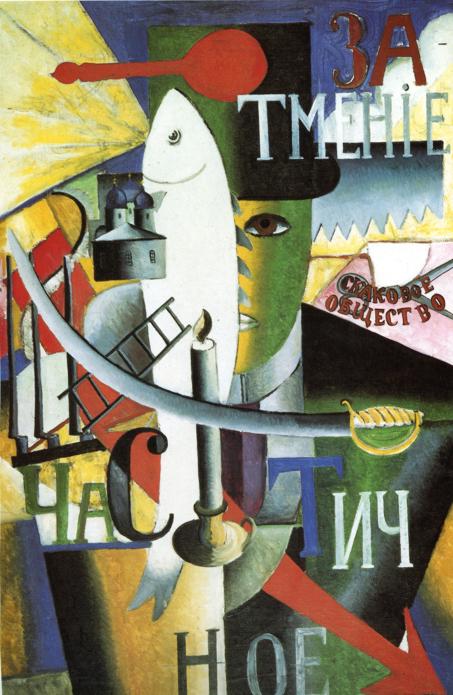 There can be no doubt that Malevich was right, and that since February 1914 – Malevich called the new regime Februarism – reason has played a distinctly subordinate role in human affairs, including art. It’s time to face up to this. We can start by celebrating the first centenary of Februarism by wearing a wooden spoon on Wednesday, February 19th.

Revised on 18 January, thanks to a query by Bill Marx of The Arts Fuse, where this note is syndicated; in the original version January and February were confused.