The final scenes of two of the greatest books of the twentieth century, The trial by Frans Kafka and Catch-22 by Joseph Heller, are eerily similar. Schwartz examines this and other disturbing overlaps, including ties between him and Heller.

The quote “Kafka meets Catch-22” comes from an advertisement in the New York Review of Books of March 21, 2013. (That’s how far behind I am in my reading.) That phrase was applied by Kirkus Reviews to a book by the Syrian writer Nihad Sirees, Silence and the roar. Two quotations from other reviews also compare the book to iconic predecessors in the west: “a searing political allegory in the tradition of Orwell and Camus”; “A 1984 for the 21st century.”

What caught me and held me was the line about Catch-22 meeting Kafka. For that we don’t need Nihad Sirees. Catch-22 breathes the spirit of Kafka to begin with. The same kind of absurd and degrading situations that were called Kafkaesque until 1961, when Joseph Heller’s masterpiece appeared, were from then on more likely, in the U.S., to be labelled as Catch-22s. Kafka of course lives on. The Belgian government did him the honor ten years ago of opening a website called Kafka.be for instances of bureaucratic runaround.

Catch-22 came out the year I left college and started graduate school. It came as a relief. At NYU, which I attended as an undergraduate from 1956 to 1961, The trial was assigned to freshmen. I read it in stunned terror at the age of sixteen. The hero of The trial, Joseph K., struggles helplessly to understand why he is being tried and condemned. The story ends as two executioners pass a knife back and forth above his body, inviting him to seize it and kill himself. Catch-22 is also a book about dread, but it is uproariously funny, liberating you to laugh at the abusers of power in your own situation.

The congruencies between The trial and Catch-22 are not only generic. The final scenes of the two books are strangely similar, as different as the circumstances are.

Kafka: “…the hands of one of the gentleman were laid on K.’s throat, while the other pushed the knife deep into his heart and twisted it there, twice.”

Heller: “The knife came down, missing him by inches, and he took off.”

K. dies and Yossarian escapes. That big difference between the Kafkaesque and Catch-22 models for the helplessness of the individual is not the only one. Another is that Heller’s variant offers more than just a chance of survival. It also gives you a grip on reality, rather than the Kafkaesque grip on you of surreality.

I actually had a chance to ask Joseph Heller about the two knife attacks. In November 1988 he visited the Netherlands and we hung out together for a few wonderful days. 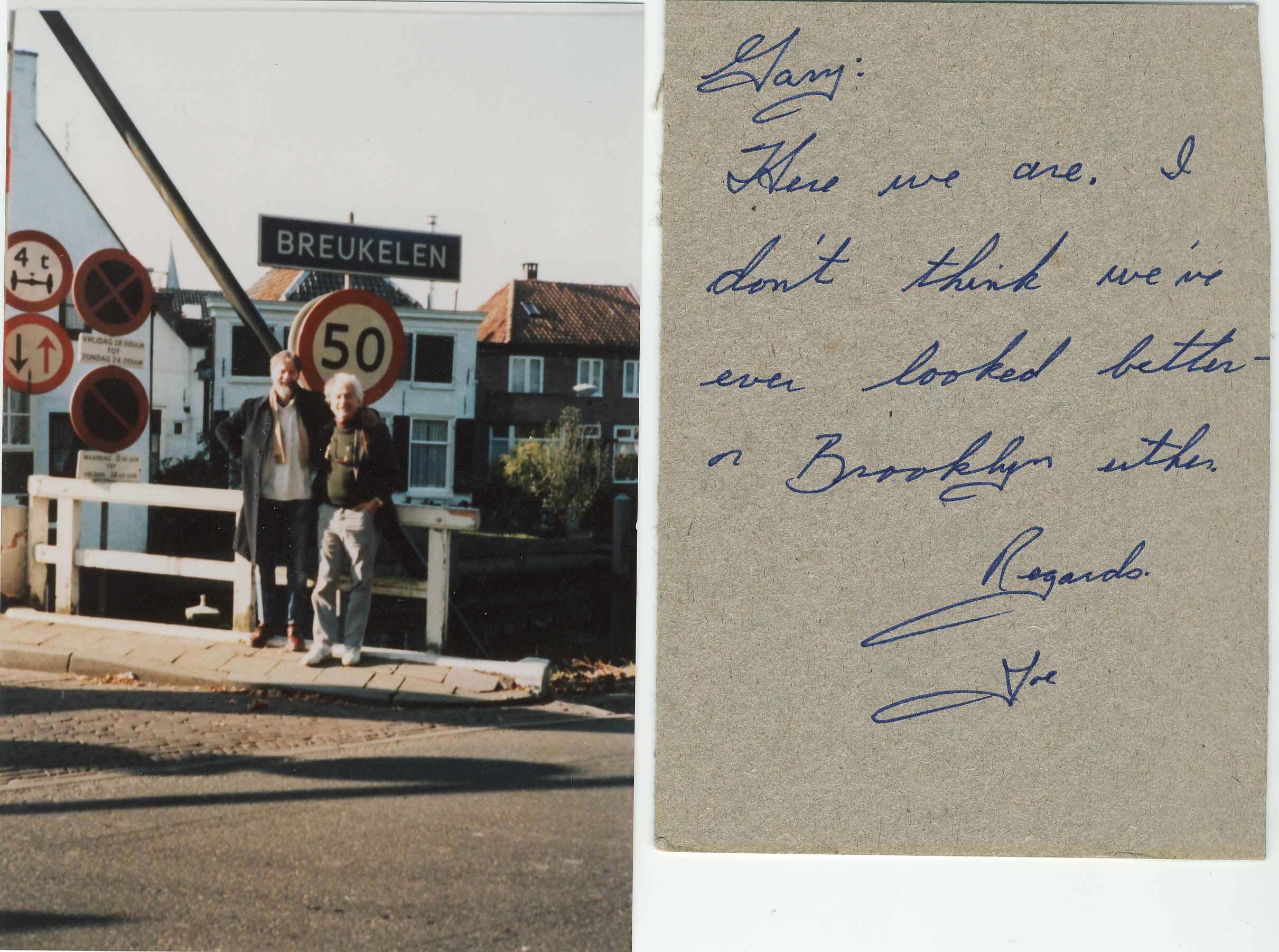 By then we had been corresponding for several years and were friends. Still, I must have been nervous. When I brought him and his wife Valerie to our house in Maarssen and we approached the front door of Herengracht 22, he looked at the house number and said, “22. My lucky number.” In a moment of phenomenal mental absence, I actually asked “Really, how come?”

During his stay there was a small symposium on him and his work, where I and the Dutch writer Jan Donkers spoke. In my talk I pointed out the coincidence of the final passages of The trial and Catch-22. In the question period Heller denied that it meant anything. Ten years later, when fargoing similarities were pointed out in the press between Catch-22 and a novel published in 1951 by the Jewish Ukrainian-American author Louis Falstein, The sky is a lonely place, Heller denied ever having heard of Falstein or his book. Had he asked me, I would have advised him not to do so. The similarities are indeed striking, but since they did not in any way justify the charge of plagiarism that was voiced by some critics there was no need for a strident denial. Moreover, even if Heller in 1998 had no recollection of a book published 47 years earlier, human memory is not equipped to establish reliably that he never read it.

My own theory is that Heller did read The sky is a lonely place two years before beginning on Catch-22, and that some elements of Falstein’s book found their way into Catch-22, on which Heller worked for eight years, without his being aware of it. Allow me to present an incident from my own writer’s life to back the theory up. When in 2003-06 I wrote a book on Rembrandt, I assigned an important role in his self-portraiture to the inspiration of a print of about 1620 by Andries Jacobsz. Stock after a painted self-portrait of Lucas van Leyden. 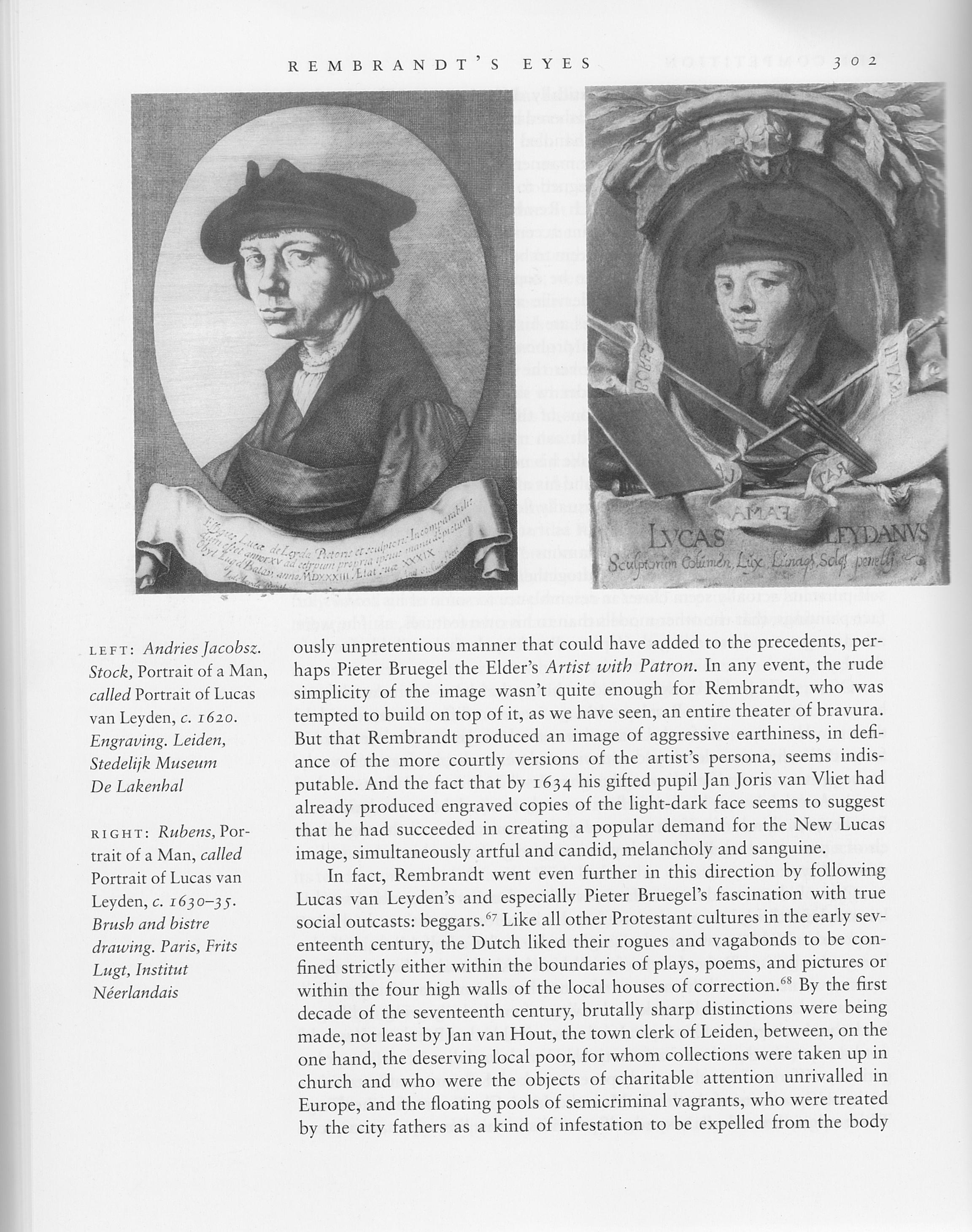 At the time, I thought this was an original observation. However, after the book appeared I found that Simon Schama had already published the print in Rembrandt’s eyes (1999), remarking rightly: “It is inconceivable that Rembrandt would not have known this almost ostentatiously simple and direct face.” There would be no use claiming that I did not know Schama’s book, since I had read the manuscript for the author before publication. (As in 1985 I read that of Heller’s novel Picture this, which is how we became acquainted.) That I did not remember the passage on Lucas five years later when I reinvented its message is not a psychological anomaly; it’s par for the mnemonic course. Heller should have at least admitted the possibility that he knew Falstein’s book.

Talking about plagiarism, I was once falsely accused of that abject crime by a teacher from whom both Heller and I had taken a writing course, Professor Baudouin (or was it Baudin?) of the English department of Washington Square College, NYU. When I handed in a short story for my final paper, Baudouin dressed me down, saying that I must have copied the story from the work of a published author. He could not name a source, but he knew it was plagiarized because it was too good to be mine. The only way I could pass the course was to write another story in the department office, in two hours’ time, in full sight of my accuser. At the time I was a great admirer of Saki, and I wrote a chilling story about a wealthy woman who refuses to save her no-goodnik son from the hands of gangland loan sharks. Without apologizing, Baudouin gave me a good grade.

In conversation with Heller about NYU, he told me to my surprise that Baudouin had been a great help and support to him. He considered him one of his main mentors in writing.

Do all these coincidences and correspondences mean anything? To me, they suggest that our personalities and consciousnesses are not hermetically encased in our bodily frames. They have loose ends that overlap with near and far people, things and memes only some of which we know about. May this column link with loose ends of your own, dear reader.

Among the reasons for the long pause since the last column are two nice ones. Every year the Netherlands Institute for Advanced Studies in the Humanities and Social Sciences (NIAS) holds a Fellows Day, at which a lecture is held by a former fellow. The NIAS Fellows Association has asked me to hold the 32nd of these lectures, named for the founder of NIAS, E.M. Uhlenbeck. On June 23rd I will be giving a talk entitled “How Vermeer and his generation stole the thunder of the Golden Age.” It will be published in print and presumably, like the previous lectures since 1997, on Internet as well.

The other nice reason is that I have been working for several months as guest curator of the fall exhibition at the Frans Hals Museum in Haarlem. It opens on 11 October as Emotions: pain and pleasure in Dutch paintings of the Golden Age. Beside paintings and a few prints and books, the show will also bring in displays illustrating the present-day neuroscientific understanding of emotions and their expression.

On May 20th an auction begins at the foremost Dutch auction house of books and art work on paper, Bubb Kuyper in Haarlem. I have not been able to visit the viewing days and will not be submitting bids, so you do not have to be concerned about bidding against me. My particular recommendation is that you look at the 35 lots of prints and aquarelles by Charles Donker. The prints by him that Loekie and I have acquired over the past forty years never fail to delight and astonish us.