For my freshman year in high school, 1953-54, I lived in at one of the two secondary schools attached to Yeshiva University in Washington Heights, Upper Manhattan. The more prestigious of the two schools was Talmudical Academy (T.A.), a preparatory study for rabbinical training in the Yitzchak Elchanan Seminary of Yeshiva University. The curriculum was largely limited to Talmud and halacha, Jewish jurisprudence. The school I attended was Teachers Institute (T.I.), where subjects like Jewish history, Hebrew and Bible as well as Talmud put you on track for work in Jewish pedagogy. T.I.niks were looked down on by the T.A.s but not as viciously as they might have been. (The two schools are now merged into Yeshiva University High School for Boys.)

My memories of the culinary situation of that year, from low to high, begin in the kitchen of the joint dormitory. Most of the dinners I ate there came out of a can. Heinz baked beans were a favorite. Cooked dishes that I recall were overcooked spaghetti with ketchup as sauce, which I found abominable even then, and an omelet with salami that had first been demolished in a pan with cheap wine and vegetable oil. Considering the level of hygiene in kitchens that were shared, floor by floor, by 15 or 20 teenage boys who were expected to keep them clean themselves, it is a source of amazement to me that fewer boys died of food poisoning in the 1950s than in automobile accidents (the prodigiously talented and unnaturally nice Norman Palefski) or by suicide (the mildly – so it seemed to me – melancholy David Flagler, my roommate).

Any step up from the dorm kitchen was a great leap forward. And indeed, the breakfast-and-lunch luncheonette across the street from Yeshiva University, which was always crowded with staff and students, was a model of its sort. Half of my weekly food allowance of ten dollars went for a punch card at Moish and Harry’s. Although I could not afford it every day, I yearned morning for morning, after my orange juice, for fried eggs over light on a toasted bialy. Most days I had to settle for white toast. Lunch I don’t remember, but a tuna fish or lettuce and tomato sandwich is a safe guess. Service was provided by a wonderfully friendly Porto Rican who loved to show off his few words of Yiddish.

Once a week – twice, if my father took me out to dinner in midtown at Farmfood – I could dine out for supper. The default location was the nearest kosher restaurant, a modest affair in Inwood, a mile or two away. It involved walking through non-Jewish neighborhoods and through a long tunnel, but nothing bad ever happened to me on the way there or back. The main attraction was steak with big French fries. The less expensive cut was a sirloin steak, my usual choice. It was not tough, but a bit stringy, and it suffered from comparison in my stomach’s mind with the tenderloin that I would order on weeks when I was flush and that lived up deliciously to its name.

All of these experiences faded to nothingness in the shadow of the nourishment nirvana that I would enter once a week, usually on Sunday (the school week ran from Sunday to Thursday) or Monday, before I ran the risk of going broke. Sunday was also a favored day because leftovers were still being served from the Shabbos meals that Mrs. Hrzka prepared for the yeshiva bochers who had no local home to go to on weekends. Mrs. Hrzka lived with her husband Siegfried in an upstairs apartment on West 181st Street, a short walk from Amsterdam and 184th, where the dorm was. Mrs. Hrzka was a genius of the Central European Jewish kitchen. The spices in her chicken paprikash, potato kugel and lungen were like nothing I had ever tasted. She must have brought over a satchelful from Prague when she immigrated. To my distress, I remember nothing more about Mrs. Hrzka than her cooking and nothing about Siegfried, who did the serving, except his moustache and his smile and that he fell to his accidental death at his place of work in an elevator shaft that should never have been open.

The delights of Mrs. Hrzka’s table actually went beyond her sublime chopped liver, soups, fishes, stews and compotes. Because she attracted the most discriminating clientele from the yeshiva, among them bachelor teachers and advanced mesifta students willing to spend $2.50 for a meal when they could eat in the dorm for 50 cents, and because we ate at her dining-room table, I was able to listen to conversations between superior Talmudic minds. Most of it was banter, but I nonetheless felt supremely privileged to be able to sit in on it. 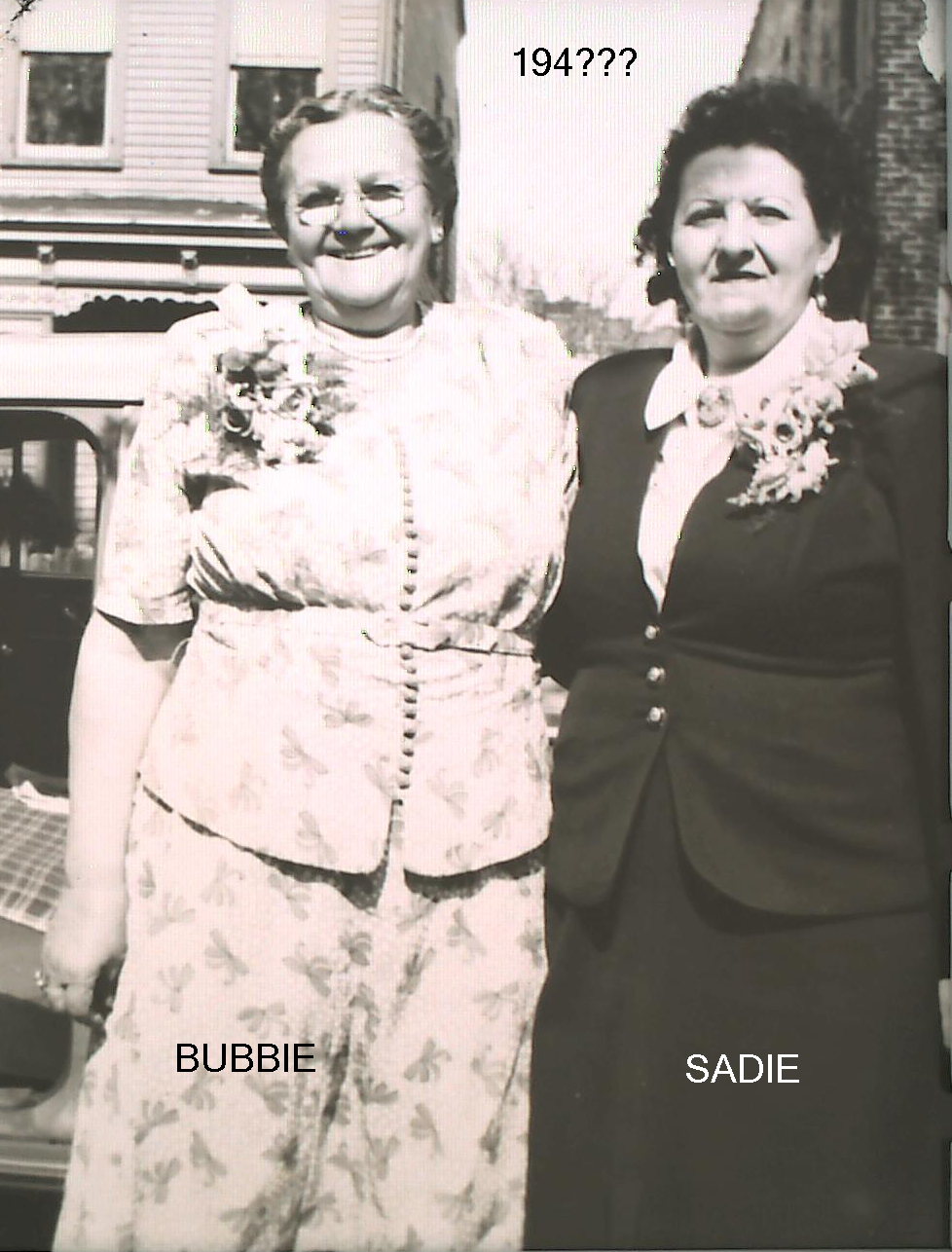 Mrs. Hrzka was not the only woman in my life whose food sent me into rapture. There was my maternal grandmother, Irene Mantel, née Roszi Friedman (Hungarian metropolis cuisine, prepared at the Mantel Manor catering hall, where I was spoiled with kishka and chalupches by the ladies at the stove); my paternal grandmother Rose Schwartz, née Rachel Tepper (superior shtetl fare, crowned by kreplach to faint from); and my wife Loekie of 49 years (consummate mistress of a thousand cuisines). I am a lucky man.

© Gary Schwartz 2014. Published on the Schwartzlist on 19 August 2014. On 20 August the word diner, for Moish and Harry’s, was changed to luncheonette, a word that I had meanwhile forgotten, and chalupches were added to the treats at Mantel Manor.

Work on the exhibition of emotions in Dutch art at the Frans Hals Museum is proceeding at a good pace, keeping me off the streets and away from the Schwartzlist.