The Gemeentemuseum in The Hague is showing a first-rate selection of modern French and Serbian art from the National Museum in Belgrade. Schwartz notes that more two-thirds of the displays come from the collection of the Jewish art dealer Erich Chlomovitch, who was killed by the Nazis. His heirs have never been recompensed for the 429 valuable items that have been in the museum for over 50 years. Schwartz is reminded of the case of the Dutch Jewish art dealer Jacques Goudstikker.

A recommendation at the start, rather than the traditional end of an article on an exhibition: do not let the incomprehensibly belittling remarks of some reviewers keep you from going to the Haags Gemeentemuseum to see Belgrado Parijs: meesterwerken uit het Nationaal Museum van Belgrado (Belgrade Paris: masterpieces from the National Museum of Belgrade), on view until 22 August. The Degas and Pissarros and Renoirs from Belgrade might not excite a spoiled Londoner or Parisian, but I cannot imagine any admirer of these artists in the Netherlands turning up his nose at the sublime examples in the show. And the Serbian artists on display, whose work can be seen nowhere in the Netherlands, are worth a visit on their own.

The ties between French and Yugoslavian art, collecting and art dealing between 1900 and the Second World War, which form a major subtheme of the exhibition, took place at an impressively high level. One of the main nuclei of displays is formed by Impressionists and Post-Impressionists bought in the 1930s by the nephew of King Petar I, Count Pavle Karađorđević (1893-1976). Paul was a good customer of some of the most prestigious dealers in Paris. To judge by the displays that he acquired, Pavle preferred the sweet and non-demanding work of artists like Marie Laurencin and Maurice Utrillo. 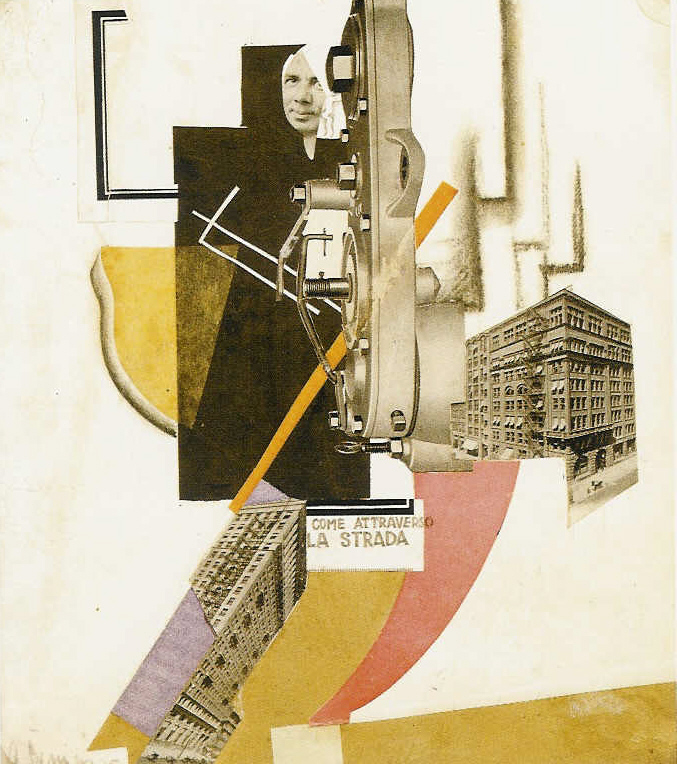 Sweet and non-demanding is the last epithet you would apply to the taste of Ljubomir Micić (1895-1971), an avant-garde activist on all fronts whose Zenit movement of Zagreb and Belgrade was intended to become “a catalyst in the Balkan for a new life and a new art.” The movement was a full partner of Russian Suprematism, Italian Futurism and French and German Dada. Micić’s gnarly personality marks the section of the exhibition filled with items from his collection. This fascinating array of posters, magazines and printed matter, prints, drawings, collages and objects one would like to compare with the Gemeentemuseum holdings from another small but not insignificant province of the international art world in the 1920s, the Netherlands. The preservation of Micić’s collection and its acquisition in 1980 by the National Museum in Belgrade are a small mercy in the midst of the vast calamities that have befallen Serbia and Croatia.

One outcome of those calamities entailed the contested acquisition by the National Museum of Belgrade of its most precious 20th-century collection by far. Of the 119 paintings and drawings by French and other Western European artists in the exhibition, more than 70 are from one single source. Between 1936 and 1940, a young Serbian Jew named Erich Chlomovitch (1915-1942 or 1943) lived in Paris, where he became the business associate and friend of the legendary art dealer Ambroise Vollard (1865-1939). Vollard gave Chlomovitch many works of art and helped him acquire more, coaching him along as a fledgling dealer.

Anticipating the outbreak of war, Chlomovitch secured 200 pieces of his stock in a bank vault in Paris and took 429 more to Yugoslavia. After exhibiting the collection in Zagreb, he went underground with it in a village in the south of Serbia. The Nazis found and killed him, his father and his brother, but did not find the collection. His mother survived the war and recovered the art. In a deal with Ivan Ribar (1881-1968), the president of the National Assembly and a friend of the family, she agreed orally to cede the collection to the state in return for a “just compensation.” The agreement was never put down on paper because she was killed in a train crash, en route to Belgrade with the art. The collection entered the National Museum, according to the wishes of Chlomovitch and his mother, but the compensation she had negotiated was never paid. Since then, the Chlomovitch heirs have been unsuccessfully claiming their rights to both the 429 items in Belgrade (since reduced inexplicably to 350) and the 200 in Paris.

The story of this gripping tragedy is not told in the uninformative and insufficiently illustrated catalogue of the exhibition in the Gemeentemuseum. There one reads of the Chlomovitch holdings: “This collection was first presented in an exhibition in Zagreb in 1940. Since then it has been part of the permanent display of art of the National Museum in Belgrade.”

My source for the above version of events, which is corroborated by others, is a memo by a Swiss art consultant named David Laufer. From March 2002 to November 2003, Laufer worked as a special adviser to the director of the National Museum of Belgrade to help elevate the museum to its proper international status. When he quit the job, he gave this as his main reason: “the real failure in my work is to have been unable to change the official status of the Chlomovitch collection, and of the Mimara collection [about that more on another occasion; GS]…For it is inevitable that these issues will go public…. It is a matter of common sense and ethics to realize how dangerous it is to wait to be sued, and not to get prepared and show signs of goodwill.”

The Chlomovitch collection, like the Goudstikker collection now in the hands of the Dutch state, belonged before the war to an innocent private citizen. After the war, as a result of the death of the owners, both became national property of the countries of the two art dealers. The Dutch state is learning slowly and expensively that the world is increasingly skeptical about the fairness of such acquisitions. It would do well to help its new partners in Belgrade absorb this lesson. Proper negotiations with the Chlomovitch heirs are needed for the museum to acquire legitimate title to the collection and take its place, deservedly, among the world’s major depositories of modern art.

Google searches bring a fair amount of Chlomovitch materials to light on the French art market. A touching example is on the website of the Paris art dealer Jean-Emmanuel Raux:

The two photographs are for sale for €800.

Next week Loekie and I are off to see two important exhibitions in Germany: the Rembrandt drawings in Dresden and Baroque passion in the work of Rubens in Braunschweig. In between, we are spending five nights in a place we promised ourselves to return to after getting a taste of it in November 1999: Wörlitz and its palaces and parks. The day after we get back, on 14 August, I will be off to Sweden for a week, helping to prepare for the CODART ACHT study trip there in September 2005.