The Rembrandt year cannot be said to have impinged deeply on Korean society. But when Korean art historians and the Dutch business community were offered the opportunity to hear the latest news from Holland on the master, they and the media came in droves. Will Korean art, with so much older a tradition, ever command as much attention in the West? 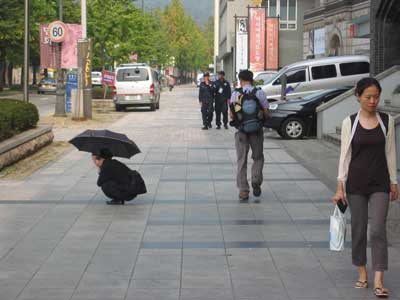 Seoul is more unfamiliar than it may appear at first sight.

“Van Gogh is my favorite artist. But why should I like Rembrandt? We don’t even have any Rembrandts here." When a Korean interviewer asked me this question in Seoul on the occasion of a visit in connection with the 400th anniversary of the artist’s birth, a gamut of emotions passed through me.

Had the question been posed by a reporter in Europe or America, I would have thought it arrogant. In the Korean circumstances, I had to repress that reaction. The woman – like all of my interviewers in Korea, from a television program, a news service, a newspaper and a magazine, were young women – may have been provocative, but she was not aggressive. She did want a straight answer.

That was one of the emotions. Another was the disconcerting realization that for the first time in my life I was representing Rembrandt outside the borders of his natural world. We regard Rembrandt as a universal artist, but that universe is not as big as we would like to think. The absence of a painting by Rembrandt anywhere in Asia, except for one or two in Japan, is a powerful enough fact to bring this point home. The 60 percent of humanity that lives in Asia has not shown sufficient interest in the artist to pay the price of one of his paintings. The question put me, along with Rembrandt, in my place.

This being the case, one might assume that my mission – talking about Rembrandt to the Koreans, on the invitation of the Dutch embassy in Seoul – was doomed to failure. Not at all. That the interviews took place at all was an indication of the contrary. No matter how little Korean journalists might know about Rembrandt, they were eager to find out about him.

The journalists were not the prime object of my visit, though. Foremost were the art historians of Korea and their students. As it happened, my visit coincided with the semi-annual meeting of the Korean Association of Historians of Western Art, held this October at Hongik University in Seoul. One of the organizers of the congress, Prof. Hansoon Lee of Hongik, who studied at the UvA in Amsterdam for eight years and speaks excellent Dutch, had me put on the congress program. I was impressed that not only 20 or 30 senior members of the association showed up, but more than 150 of their graduate students as well. Even more unexpected is that when I spoke to the general university audience, more undergraduates tried to get in – over 200 – than the available places and headsets for simultaneous translation.

As much as I would like to take credit for this, I once more, as so often, cede pride of place to the great Rembrandt. None of those students had ever heard of me, but they knew of Rembrandt and were so curious to know what I had to say about him that they sacrificed free time to come to my lecture.

The art historians asked some good questions after my lectures, but one question that in all its simplicity I found devastating came from an interviewer. “Do you know any Korean artists?" The answer was no, and although no excuse could satisfy myself, the interviewer was gracious enough to let it pass with an apology. One lesson I took away from a country with a far older history of art than that of the Netherlands is a warning against Western arrogance. 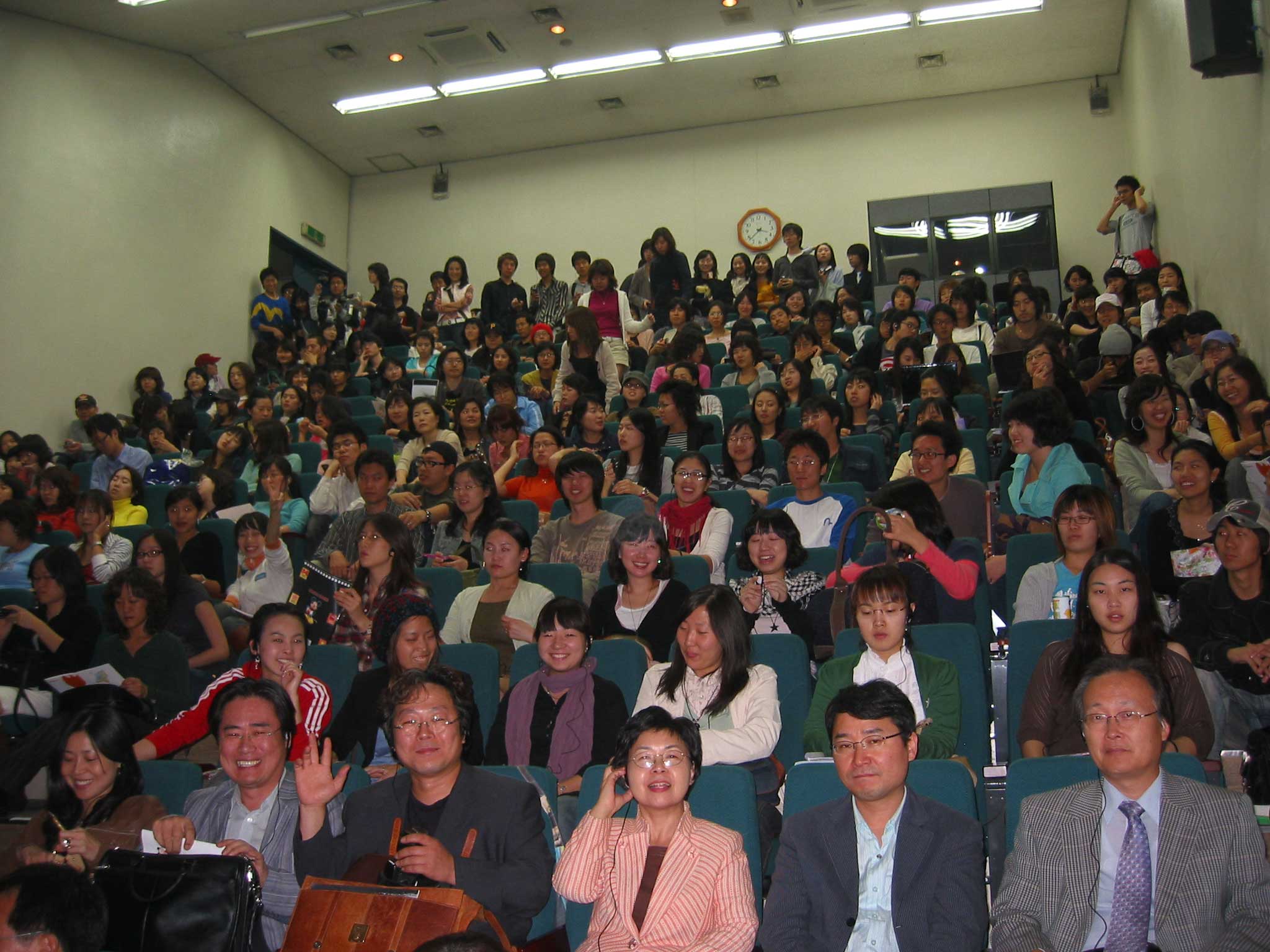 My audience at the Rembrandt lecture for art-history staff and students at HongIk University, 13 October 2006. Many had to be turned away, and there were not enough headsets for those who stayed. How can a speaker not respond with equal enthusiasm?

My last meeting in Seoul was with the director and curators of the National Museum of Art of Korea. Another three young ladies. I was there out of curiosity but also as a representative of CODART. I was hoping that they could help me locate a Korean museum with holdings in art from the Netherlands. They told me with pleasure and excitement of the success of an exhibition of Dutch paintings from the Mauritshuis that they had shown three years previously and that attracted 200,000 visitors. (I did not have the heart to tell them that these did not include any of my four interviewers, none of whom was aware that such an important exhibition of Dutch art had ever been held in Seoul.) But when it came to purchasing: not only was it too expensive for them and too far out of the range of usual museum collecting in Korea, but it was actually against government policy. The art world operated under the motto Han-Ryu, “Korean Culture Power," they explained. Their task was to shore up Koreanness with their efforts, and this meant collecting and displaying mainly Korean art. Contemporary art was the main focus.

I did not have time for a serious discussion of this policy. Thinking about it, I imagine that they imagine that contemporary art is more in tune with present-day notions of cultural identity than the art of older periods. These come with meanings of their own that, if only for their relation to the art of Japan and China, might not be in line with the currently preferred line.