A fascinating and important painting on which Schwartz wrote a long article in the J. Paul Getty Museum Yearbook in 1983 was sold at auction by the museum in 2007. Schwartz worries about whether the art museums of the world take themselves sufficiently seriously as custodians of artistic heritage.

On 21 February 2007 I had the honor of delivering the Third Annual Lecture of the Project for the Study of Collecting and Provenance at the Getty Research Institute. My subject was “Rembrandt’s paper trail,” but that is not the subject of this column. What keeps coming to mind is an exchange that took place in the question session following the talk. I don’t remember who posed the question, but someone asked me how I first grew interested in the networks in which I placed Rembrandt. I could not have been more pleased with that question, in that hall. My interest in the subject was sparked as are few things in life by a single event. That event had to do with a painting in the Getty Museum and it was instigated by a man who was attending the lecture. 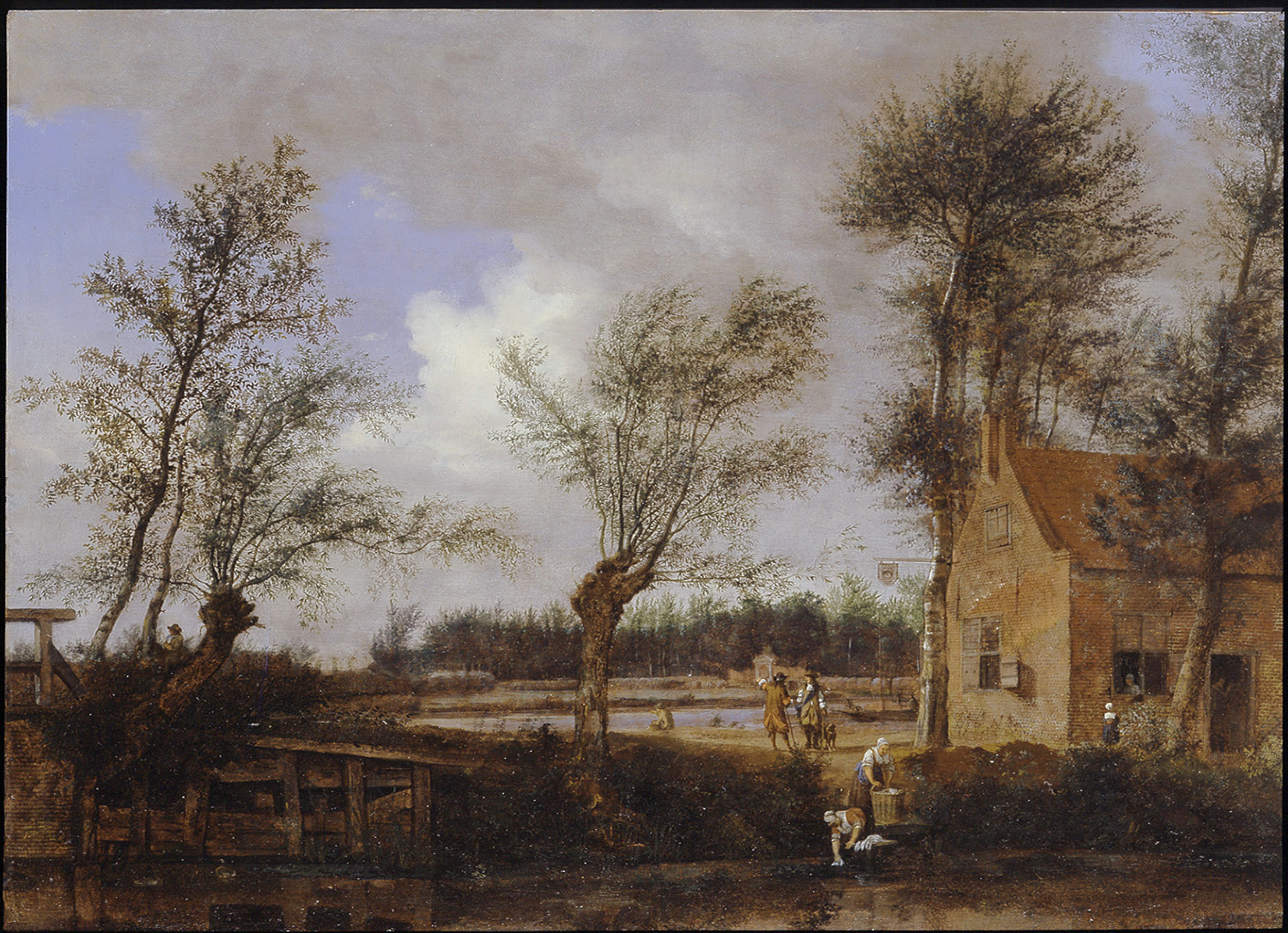 In 1979 I was visited in Maarssen by Burton Fredericksen, former chief curator of the J. Paul Getty Museum and then still attached to the museum in a high capacity. He came with a question that was both professional and personal. “We have a painting by Jan van der Heyden that is called The Inn of the Black Pig in Maarssen,” he said, showing me a black-and-white photo of the picture. “You live in Maarssen. Can you find out if the title is correct?” As I told the audience, I was indeed able to confirm that the spot shown in the painting was in Maarssen and that the building it showed was an inn called the Zwarte Varken, the black pig. Moreover, the setting had hardly changed since 1670, the approximate year of the painting. Out of sheer fascination, I decided to look further into the matter. What I found was that Jan van der Heyden painted some fourteen views in Maarssen and Maarsseveen in a time when no other artist was working there. What’s more, the places he painted were all connected in one way or another with a fellow Amsterdamer of his, Burgomaster Joan Huydecoper II, lord of Maarsseveen. The Zwarte Varken was the judicial headquarters of Huydecoper’s domain. The article I wrote on the painting, which delved as well into the art patronage of Joan’s father Joan Huydecoper I, appeared in the J. Paul Getty Museum Yearbook in 1983. 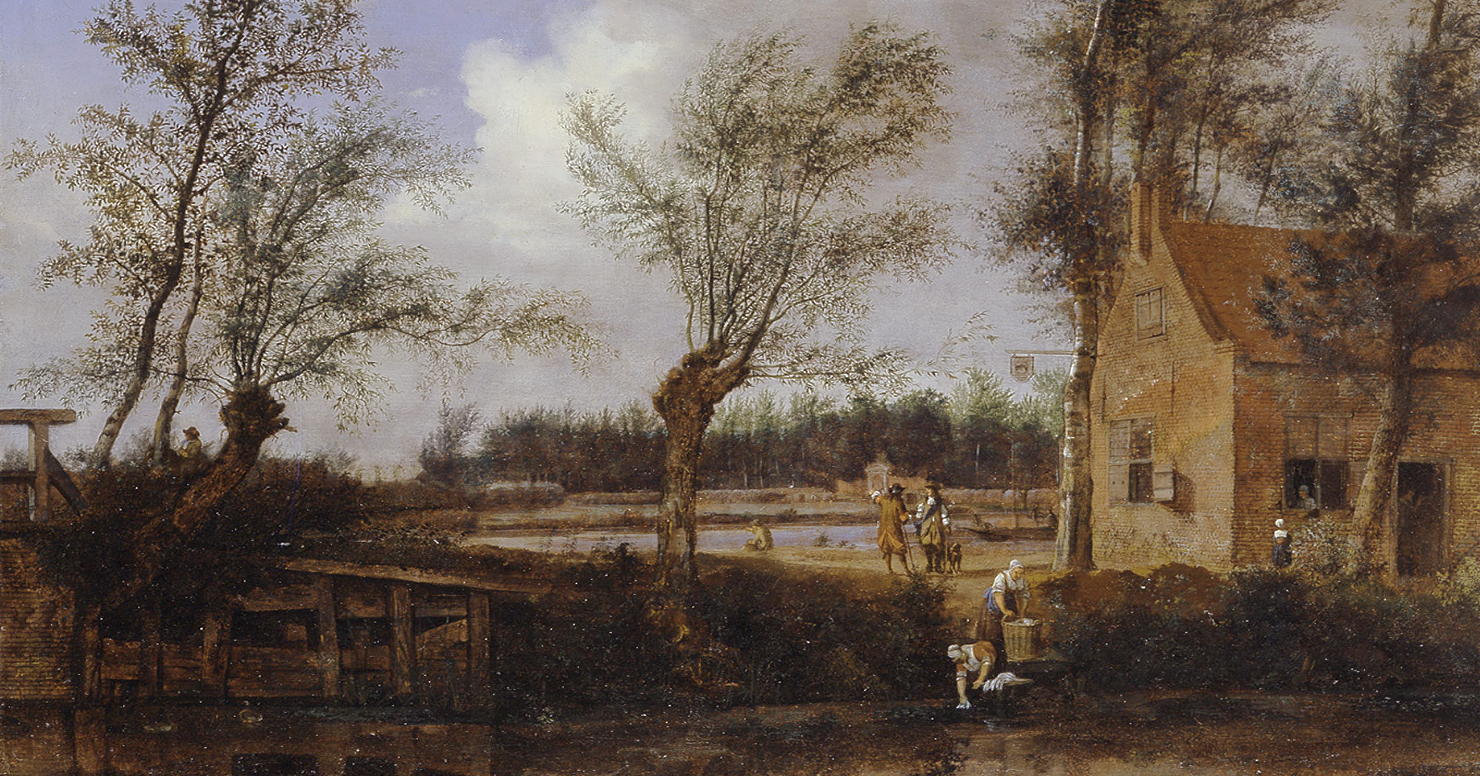 When in the early 1980s I began work on a book on Rembrandt, I was therefore primed to search for connections between the artist and the power structures in which he operated. One find on this front for which I was responsible was the discovery that the earliest recorded purchase of a painting by Rembrandt was done by none other than Joan Huydecoper I. The paper trail told me, however, that Rembrandt’s ties were not so much with officeholders as with poets, playwrights, medical men, preachers and pious laymen. I told all of this in brief, repeating my thanks to Burton Fredericksen and complimenting the Getty on its ownership of such an historically interesting painting. One thing I did not tell on that occasion was that I once gave an impromptu gallery talk in front of the painting, in the company of the then director of the museum, John Walsh. We just started talking in front of the painting and gathered a small crowd.

Imagine my shock when shortly thereafter I learned that not one month before I held the lecture and told about the importance for my work of Jan van der Heyden’s painting, the panel had been sold by the museum at auction. At the Old Masters sale at Sotheby’s in New York on 25 January 2007, lot 10 – “Sold by the J. Paul Getty Museum to benefit future painting acquisitions” – was “The Inn of the Zwarte Varcken (‘Black Pig’), Maarsseveen.” No one from the Getty Museum who attended the lecture raised his hand following my remarks to own up to the unfortunate deed. 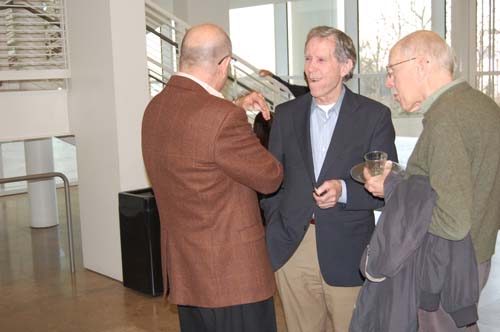 The explanation I heard on another occasion from a Getty curator about their de-accessioning policy boiled down to the following syllogism:

A. Gallery space in the museum is limited.

B. The museum does not wish to store in perpetuity objects that it does not think it will every display in the galleries.

C. Ergo, objects that answer to that definition are sold to bring in funds for the purchase of gallery pieces.

As I see it, the van der Heyden experience shows how deficient that policy is. The painting once hung proudly in one of the museum rooms among, as I recall, Dutch and French paintings and furniture of the seventeenth and eighteenth centuries. It is a good painting by an excellent master. Aside from its superior artistic quality, it has important historical attributes. As my article showed, it was part of a campaign by the Huydecopers to make country life in the Netherlands attractive to Amsterdamers from the Huydecoper family and political circle. The fact that the scene in the picture still survives turns the picture into an inestimable part of the history of Dutch landscape. These are matters in which museum visitors are more and more interested. How in the world can one say that it is so inconceivable that this painting will ever be hangable on its precious walls that the Getty was better off selling it?

The sale provided a hard indication that the museum had made a mistake. The Sotheby’s estimate was $80,000-120,000. That means the museum was willing to part with it for about 20% – the presumed auction house commission – below the low estimate, or $64,000. At the auction, it went for $192,000, including premium, exactly three times what the museum thought the painting was worth. Had the buyer been an unsuspecting innocent bidding against someone else who didn’t know what they were doing, the museum could have congratulated itself on its good luck and left it at that. But that was far from the case. Who the underbidder was I do not know. But the buyer was one of the best and canniest private collectors of old Dutch paintings around, Baron Willem van Dedem, chairman of the board of The European Fine Arts Fair (TEFAF). For him, the van der Heyden was a bargain.

Since then, I have visited Willem van Dedem in London and admired the painting and the rest of his outstanding collection. He had the painting cleaned, and it looks splendid. Without begrudging him his purchase, I am sorry that the painting is unavailable for delectation by museumgoers and less accessible for researchers than it would have been at the Getty. When I ran into him at the TEFAF last March, van Dedem told me that he had just seen the chief curator of the Getty and had told him gleefully how thankful he was that the museum had sold the van der Heyden.

On the basis of this experience alone, which is not untypical in American museums, I suggest that the syllogism be rewritten.

A. An essential responsibility of an art museum is to preserve and study its holdings for the benefit of present-day and future art lovers.

B. The museum cannot know what the taste and interest of future generations will be.

C. Ergo, an art museum should not sell objects in its care.

If I am not mistaken, this attitude prevailed until about forty years ago, when it began losing ground to an ethos that allowed museums to sell their holdings. In the case of the Getty van der Heyden, the justification offered was the scarcity of wall space. There are many others, such as:

Whatever the excuse and whatever exceptional circumstances might oblige a museum to sell off holdings, doing so violates the principle that an art museum should preserve its holdings for the benefit of future art lovers. It also undermines another function of the museum, that is removing art from the market, thereby creating a domain of pricelessness that buoys up values in the market itself. The very word for the practice of selling museum objects, de-accessioning, betrays a certain uneasiness. According to Webster’s online dictionary, the earliest recorded use of this improperly verbalized noun dates from 1972, in the wake of the go-go years. It is a guilt-ridden euphemism, intended to convey the pretense that selling art is a normal museum function, symmetrical to acquisition. A Wikipedia article on museums that condones the practice actually uses the word “accession” as a verb. Bad language, like bad money and bad behavior, drives out good.

Insincere justifications are not the exclusive domain of art museums. These days some worse examples forced themselves on my attention. For example, when the European Union issued a guarantee to Greece concerning the terms for massive low-interest loans, the Dutch government assured us that the measure could never cost the hard-working Dutch taxpayer a single euro. This was a plain lie. Lending below market rates costs money. Covering yourself against the risk of default costs money; not covering yourself exposes the taxpayer to an irresponsible risk. This statement convinced me that even the Dutch government – and there are worse ones in the world – has not learned the lessons of the credit crisis. One of the root causes of the crisis was that players in the market and supervisory agencies lied about risk in just this way to themselves and to us.

Then there was British Petroleum taking it upon itself to doubt the Coast Guard estimate of the volume of oil escaping from its underwater well.

My perennial optimism is in danger. I have the awful feeling that the worst-case scenarios for the economy and the planet might not be bad enough. On the other hand, if you act on worst-case scenarios, as Europe did by closing down air traffic for a week when it was not really necessary, you only accelerate disaster.

Why am I so happy?